“I don’t make things that are symmetrical or perfect-looking anymore, because I know that life isn’t like that,” Tamara says. Instead, her current work reflects the qualities she most values now—innovation, elegance, and authenticity, all of which are better suited to endure in the face of challenges and change. For couples looking for an engagement ring that reflects the fullness of their love—and the resilience of a lifelong relationship—Tamara Gomez’s shop is a must-see.

Read on to learn more about the designer’s process and shop the Tamara Gomez collection.

Do you remember the first piece of jewelry you ever made?

I was 17 and taking an art foundation course when I made a series of ankle bracelets out of washers, the little rings of metal that plumbers use. I stitched them together with embroidery silk and leather. They were based on Japanese samurai armor.

I feel like there are still a lot of ancient references in your work today.

I do look at a lot of ancient gold jewelry—Roman, Greek, and also Indian. Though I was born in Sri Lanka, my community originates from South India, and I often look at ancient South Indian jewelry. I love the look of that work because it all looks very handcrafted—you can see the marks people left as they were making the rings.

Are you a big jewelry wearer?

I used to wear a bit more than I do now. I’m quite tiny, and I can get swamped if I put on too much. My ears are pierced three times in each ear and I have a nose ring—I used to have some body piercings too, but those have all gone. I’m much more selective now.

Do you have any heirloom pieces that you treasure?

I do—a dove sculpted in gold, from my mum. She would have been given it on her wedding day. It’s a very traditional South Indian pendant that signifies that you’re married.

Do clients come to you often with their heirlooms?

Yes! It’s very, very emotionally powerful. Once a couple gave me three of their grandmother’s rings to create an engagement ring. I melted down the rings and made a new one from their combined materials. It’s something I’m doing more and more for people. 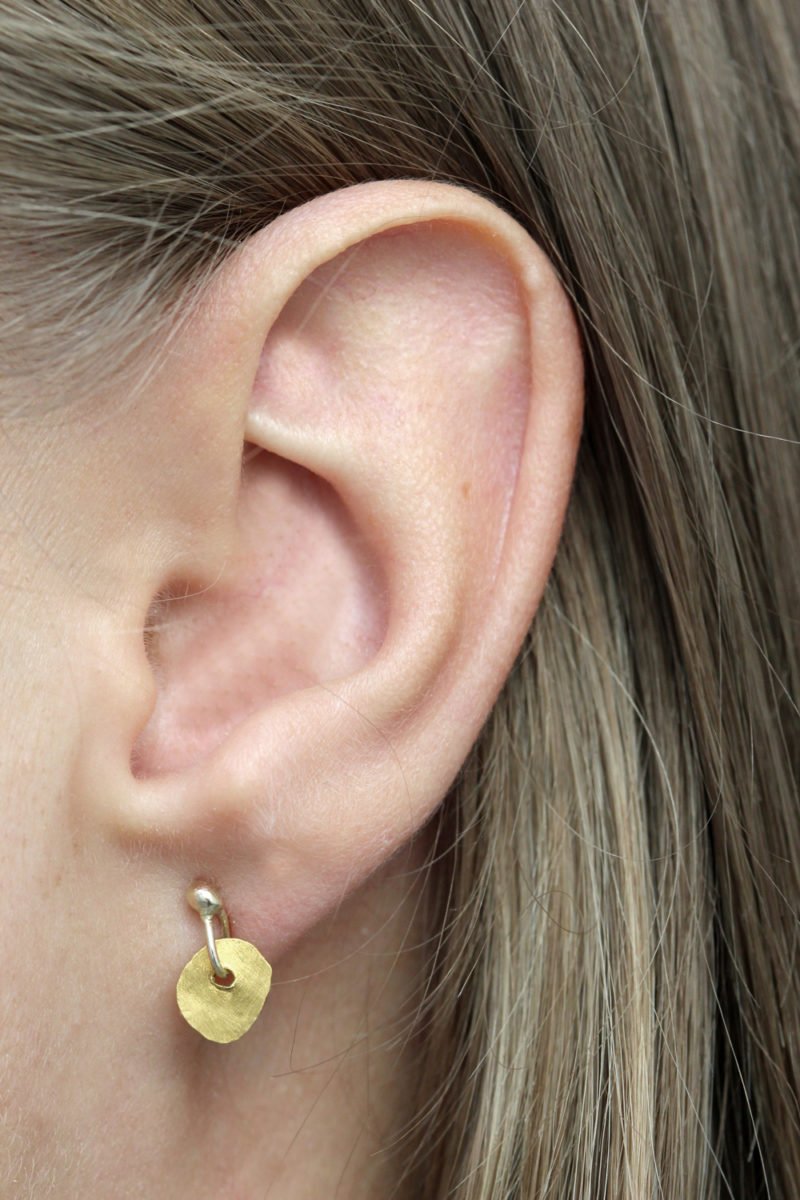 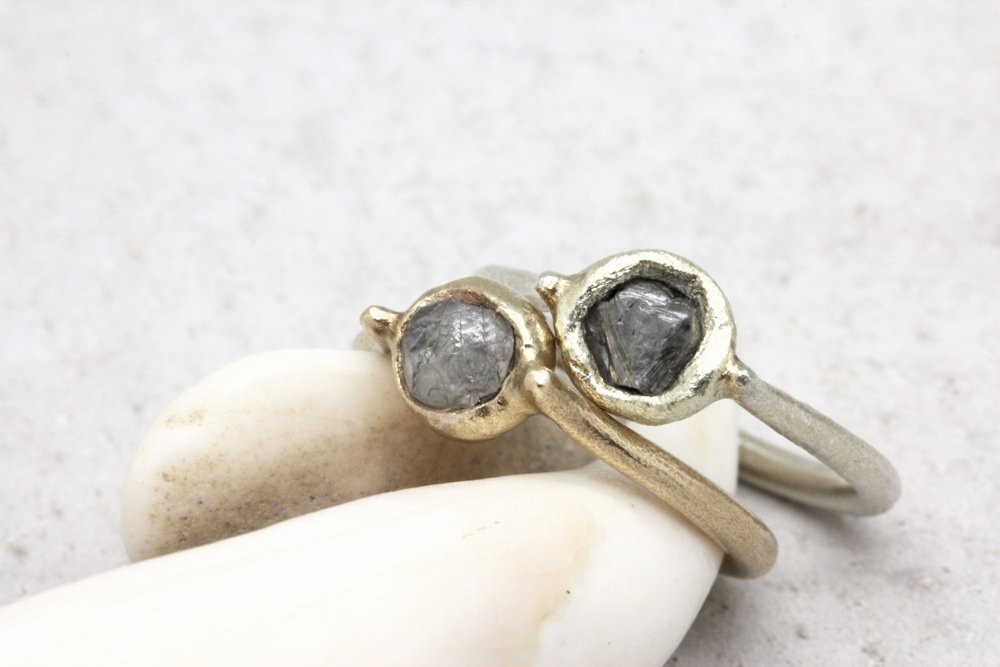 Did you always know you would become a jewelry maker?

When I was younger, I thought I would be a surgeon—my father was an obstetrician and gynecologist, and I expected to go into medicine like him. He didn’t expect that—he said he didn’t care what I did, as long as I did it well. It dawned on me very quickly that I was never going to be a surgeon: I’m much too creative, too neurotic, too 100 shades of gray.

When I came to the jewelry section of my art foundation course, there was just something that appealed to me about working on a very small scale, and the detail involved. Jewelry is obviously very intimate in terms of scale, compared to us as human beings. It was like I was making very tiny sculptures.

I use very traditional goldsmithing techniques—techniques that have been around since the dawn of time—just in a slightly different way. 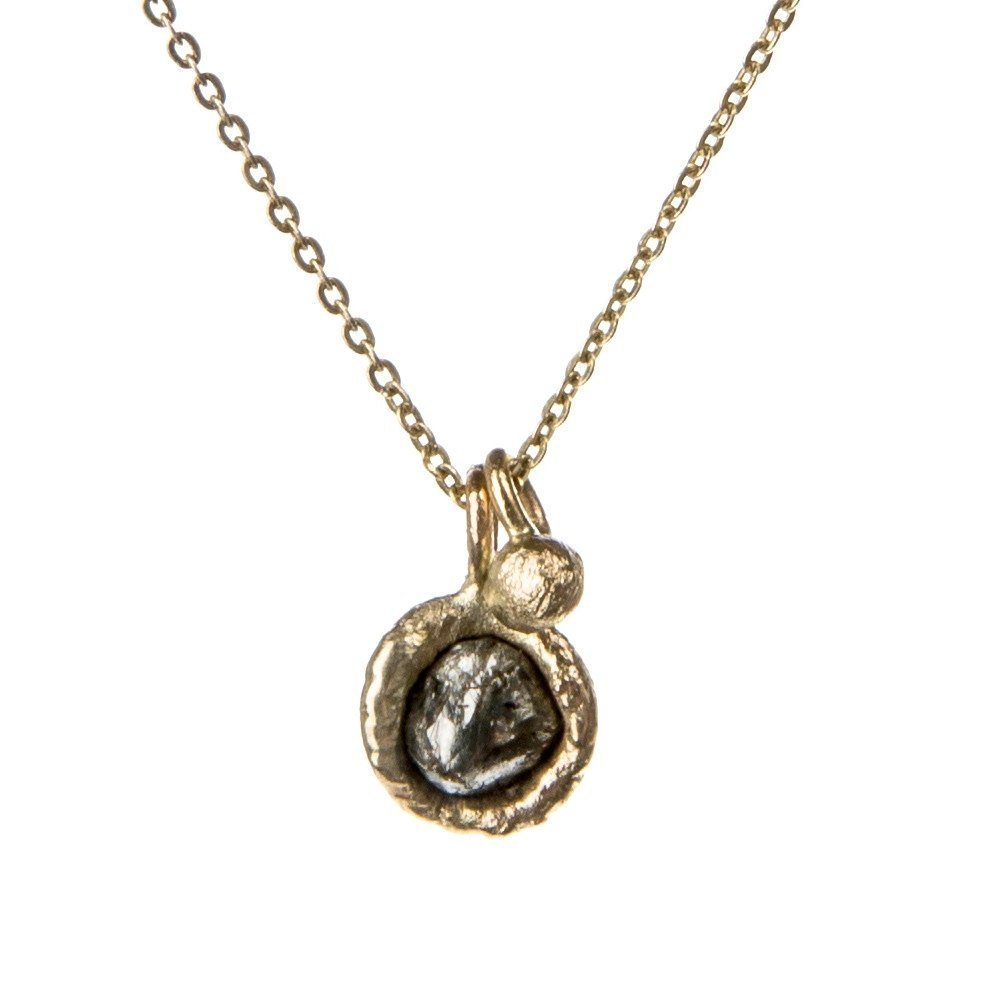 Can you give me an example?

I have a ring that I make using a technique I developed, where I set the diamond directly into molten metal. Now this ring is one of my best sellers. It has an elegant, refined shape, but it’s still quite unusual. It’s not a classic solitaire.

How else do you work your pieces?

I do a little bit of forging as well, stretching and manipulating the metal with hammers. You might know blacksmithing, where someone’s really hammering something into place. This is like that, but on a very, very tiny scale.

The other technique I’ve developed is to take gemstones and, rather than put a claw setting around them, I drill holes into the gems. Then the gems are suspended on a ring or wire. It’s an unusual way of setting a stone; the stone is much more free, there’s nothing really holding it in place. Sometimes people are, like, “Oh, God, that’s such a waste of a stone,” but for me, you get to see more of it. If you think of how diamonds are traditionally set, you never see the underside of the diamond, the part that’s hidden. 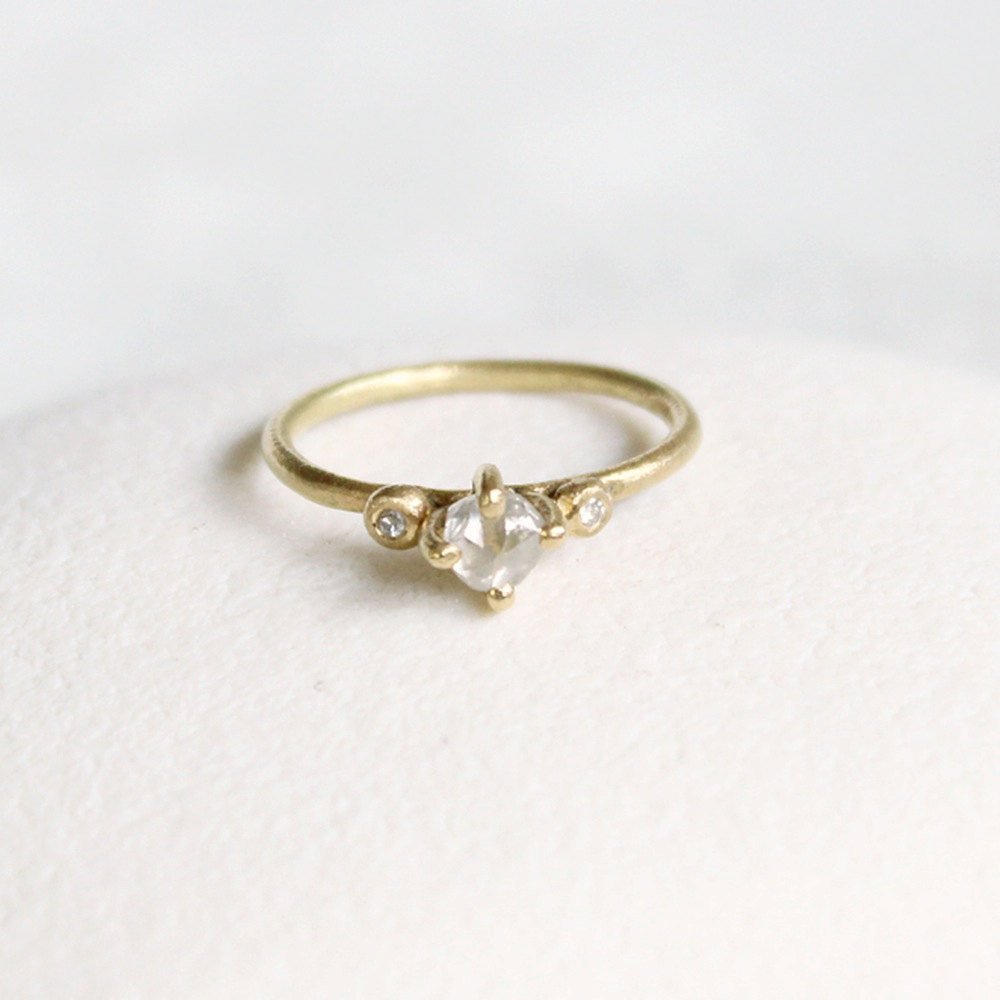 Your pieces have a clearly hand-worked look.

I don’t like making pieces that look machine-made. I used to make things that looked very controlled and ordered, but as I’ve gotten older, I feel more free to make pieces that are more intuitive. When I was younger, I made this very geometric work—my personal life was in complete disarray, so the only sense of control I had was in my work. Now I have more control in my life—and as a result, I’m now able to celebrate its imperfections.

Making my work is like therapy. My creativity saves my life on a daily basis—I know that sounds dramatic, but I feel incredibly fortunate.

More about us Crazy4tshirt – Tami US shop

Personalized Shirts & Gifts! We’re your number one source for personalized gifts and the original creator of “pecking order” sibling t-shirts, big brother and big sister t-shirts, and so much more! If you’re looking for the most adorable matching sibling shirts for your flock

And You’ve come to the right place!

In our weekly Featured Shop series, we shine a light on a standout shop from...
Post By admin 0 Comment

In our Featured Shop series, we shine a light on a standout shop from Etsy’s...
Post By admin 0 Comment